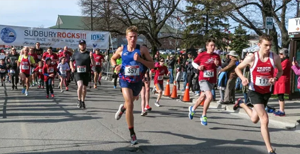 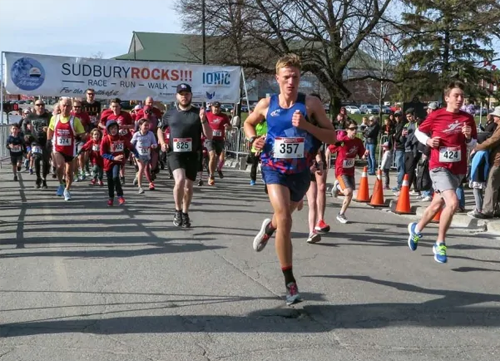 Each year, thousands of runners lace up in Sudbury and take part in the annual Sudbury Rocks! race, but like most events, COVID-19 has changed plans for the event this year.

The race usually takes place in the spring and shuts down streets throughout the community. This year, runners will take part virtually this Sunday.

Vince Perdue, one of the organizers of the event, says they initially delayed the race, but then realized it wasn’t going to unfold as it has in previous years.

“By July, we realized we’re not having a race on October 25, not with people on the ground,” he said. “That was a stressor.”

Instead, those taking part will run on race day, but choose their own route. Registered participants will get a t-shirt, a medal and their entry will be looked after for the race next year.

“Is it financially hard to do it? Yes, but it’s the right thing,” Perdue said.

Perdue says organizers were initially worried people wouldn’t register and the sponsors may not want to take part. However, he says all sponsors returned and even some new sponsors have signed on.

“I think now that most people are used to a different environment, they’ve embraced it way more than I ever would have thought to be possible,” he said.

“So now, I’m very pleasantly excited. I didn’t think I’d be able to say that six months ago.”

As for the day of the race, Perdue says he’s heard of families planning to run together. Other participants will run the race route itself and some will run at Kivi Park in memory of the race founder, Steve Matusch, who died earlier this year.

Perdue usually helps out on the day of the race but this year he’ll run the half marathon route, something he’s never done before for the race. That race event is named in memory of Matusch.

“I’m going to shed some tears as I go,” he said. “I’ll be thinking of Steve all the way, but it’s tears of happiness now. They’re all good memories now.”

The annual Sudbury Rocks race is taking place in Sudbury this weekend, but runners will be doing their own routes as the event goes virtual. The CBC’s Martha Dillman spoke about this year’s event with one of the organizers, Vince Perdue.