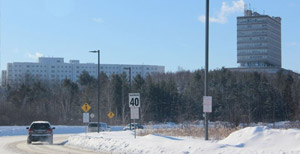 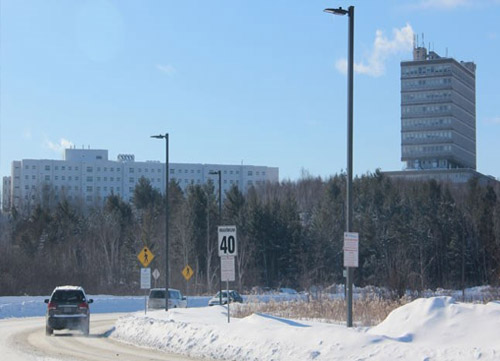 The lists are compiled every year by Research Infosource, a research and consulting firm specializing in colleges, universities and hospitals. It ranks by research income generated during the previous year, so the current rankings are for the year 2019.

Cambrian is ranked 24th this year, up from its 32nd ranking last year. It has rated on the list for nine years in a row. Cambrian is the only Northern Ontario college to make the list in 2020.

For 2019, Cambrian R&D, the college’s Applied Research department, placed 24th overall in Canada for the value of research activity, the second time Cambrian has reached the ranks of the top 25 colleges.

“We’ve put in a lot of hard work and our entire team in applied research has really pushed us over the top here at Cambrian,” said Mike Commito, director of Cambrian R&D, in a press release.

“We saw an 89-per-cent growth in research income from last year’s ranking, and our partnerships with industry are seeing us innovate and succeed on a consistently nationally recognized playing field. We’re now regarded as a leader when it comes to R&D and today the rankings really do prove it.”

Last year, Cambrian R&D collaborated on 44 research projects across many sectors with industry partners such as Ionic Engineering.

“Having Cambrian R&D as a partner has allowed us to work with students who have the potential to become future employees at the Ionic Technology Group,” said Andre Dumais, general manager of Ionic Engineering. “As well, this mutually beneficial partnership has granted us the opportunity to tap into invaluable faculty expertise and gain access to specialized research funding.”

A press release from the university said it is pleased to again see itself at the top of several Canada-wide rankings by Research Infosource, including holding onto the No. 1 spot for undergraduate research revenue for the fourth year in a row.

The organization’s ranking is based on the total number of sponsored research income obtained in 2019. This includes outside funding from some of our many partners.

“In our Strategic Research Plan, partnerships with industry, community, private, public, and not-for-profit entities are highlighted as a vital element of our research enterprise. Ranking first, for the fourth year in a row, for total sponsored research income, is a testament to our exceptional researchers, graduate students and our strong partnerships,” said Tammy Eger, vice-president of research, Laurentian University, in a press release.