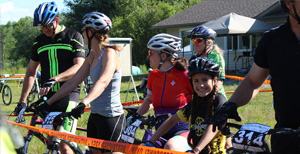 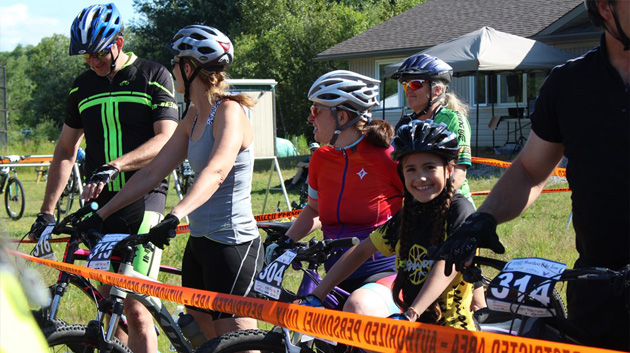 Since being introduced as a component of the Sudbury Fitness Challenge, the Ionic Mountain Bike Tour has attracted crowds of participants, representing a wide variety of ages and fitness levels.

It was this growing success and the sudden diagnosis of one committee member Ryan Lougheed, that inspired the Walden Mountain Bike Club to host the annual event in support of Bladder Cancer Canada and the Northern Cancer Foundation for the first time in 2018. Since then, in addition to sponsoring the community cancer centre, the event hosts representatives of Bladder Cancer Canada to discuss symptoms and screening of the disease.

Bladder cancer is the fifth-fastest growing cancer said Tannys Laughren, executive director of the Northern Cancer Foundation, which affected the lives of nearly 9,000 Canadians last year alone. In an effort to combat this growing problem, Laughren said 100 per cent of the proceeds from these past two events will go toward the purchase of equipment designed to detect and treat bladder cancer.

“It was important for us at the cancer centre to offer that technology.”

While Laughren said she has seen a steady increase in attendance over the years, she credits this to the centre’s pristine trails, which are maintained through a partnership with the Walden Mountain Bike Club and Walden Cross Country.

Maintenance of these grounds is no easy task according to Rusty Hopper, president of the Walden Mountain Bike Club, who said that every year the group logs over 800 hours grooming the area and hosting events such as the Ionic Mountain Bike Race. But it’s worth it.

“In order for mountain biking to take off the way it has, you need spaces that are set up so that people can come and expect the trails to be marked, the trails to be groomed, they know it’s safe,” said Hopper. “It’s a place they are guaranteed to come out and enjoy.”